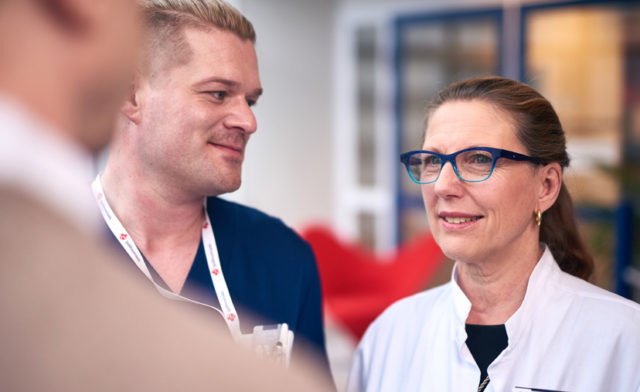 The physiotherapy of a patient scheduled for bypass or heart valve surgery begins even before the surgery, when the patient’s baseline situation is established by interviewing them and performing appropriate measurements and investigations.

The physiotherapist instructs the patient in post-surgery issues relevant to rehabilitation. With the patient’s approval, a relative or close friend may accompany them to these appointments.

The patient benefits from becoming mobile early. The patient is first helped from their bed on the day following the operation. For two months after the surgery, a patient who has been operated through the breastbone must get out of bed by rolling slowly onto one side using the technique learned in hospital.

Being mobile is like medicine starts in hospital. On the day after surgery, the patient is assisted off the bed. On the second post-operative day, the patient can already walk assisted, if their condition permits it. The upright position and movement are gradually increased as the rehabilitation progresses. After anaesthesia and bed rest, getting up early and improved breathing help the patient recover from surgery and prevent post-operative complications.

The physiotherapist and nursing staff instruct each patient individually on self-care after a bypass or heart valve surgery.

Related to the subject