Break from training or competing 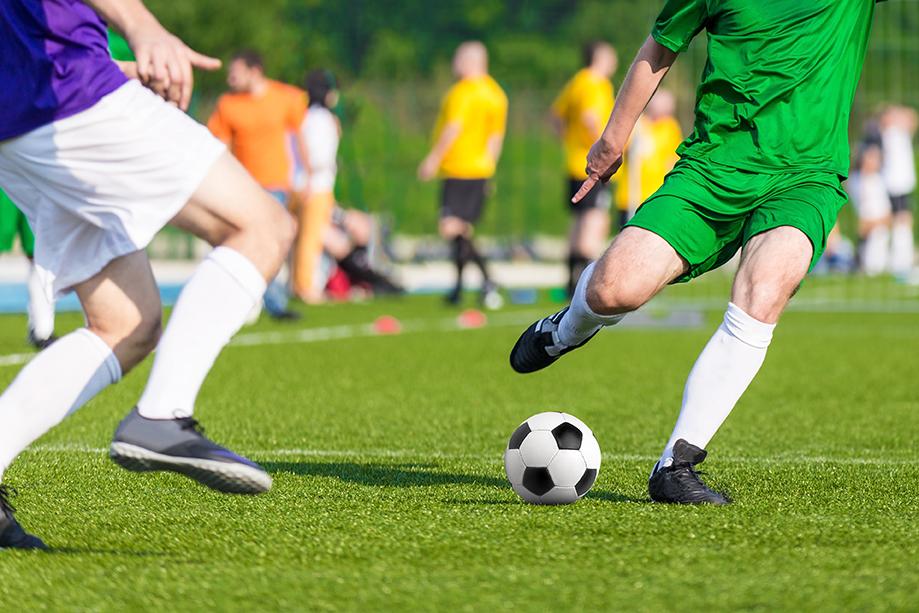 When should an athlete take a break from training and competing?

There are situations where an athlete should take a break due to suspected and diagnosed heart issues. This applies to situations where competitive sports or high-intensity training is not considered safe. Background factors may include, for example, a complication in the electrical system of the heart, myocarditis or a performed procedure.

Although exercise and sports have multiple beneficial health effects, there are situations where intense physical strain may, in the worst case, lead to sudden death. Sport as such does not increase the risk of sudden death, but doing sports may be dangerous to persons with certain heart conditions. The older the person, the higher the risk of their sudden death. The risk is clearly lower for women than for men.

An athlete showing no symptoms may have to undergo a period of no training and competition if something alarming is found during a health examination. The issue could be an ECG change, heart murmur or another matter requiring more in-depth cardiological analysis. In this case, a break may be recommended until the significance of the finding can be clarified in more detail.

A suspected heart symptom, such as chest pain, accelerated heart rate or disturbances in consciousness during exertion, may also require that the athlete takes a break from training and competition while waiting for examinations.

Heart issue and suspension of competition

In certain cases of cardiomyopathy, there is a clearly heightened risk of contracting life-threatening cardiac arrhythmia, which results in suspending the person concerned from competitive sports. Such diseases include, for example, hypertrophic (“thickening”) and arrhythmia-prone cardiomyopathy. These diseases may not necessarily cause any symptoms, but they usually involve an abnormal finding in the ECG, and cardiomyopathy is quite frequently diagnosed among close relatives. Symptoms of cardiomyopathy include different kinds of arrhythmia, chest pain associated with exertion, disturbances in consciousness or reduced performance.

Heart murmur can be heard from the heart. Echocardiography plays a key role in diagnosing cardiomyopathy. Quite often, there is also need for magnetic resonance imaging examinations. A situation rarely occurs where no certain diagnosis can be made regardless of the examinations. At that point, a training break of several weeks or 2–3 months may be needed before it is possible to distinguish athlete’s heart from cardiomyopathy.

With regard to valvular diseases, whether it is possible to continue high-intensity training and competitive sports depends on the nature and severity of the disorder and, naturally, on the type of sport. It is important to perform individual assessments for valvular disorders, and the attending cardiologist is the most qualified to comment on the issue.

Furthermore, certain failures in the electrical system of the heart predispose the patient to severe arrhythmia. In such cases, the heart is usually structurally sound. For example, competitive sports are forbidden if the individual has hereditary QT syndrome. The defect can be detected in an ordinary ECG but other examinations are often needed, such as long-term ECG monitoring and a stress test. Genetic tests are often conducted as well. Examinations are often initiated because a close relative has been diagnosed with a certain disease.
It is important for the athlete that the required analyses are completed in a speedy manner. Generally, this is possible with the exception of cardiac MRI whose availability is limited.

Break from training and competition after a procedure

Coronary angiography or balloon angioplasty, conducted because of coronary artery disease, are relevant to adult sports. A few days’ break from training is in order after the procedure to ensure that the puncture site in the hand or groin has time to heal up. However, we recommend discussing the length of the training break with your attending physician because occurrences of vascular stenosis may need attention. This also applies to the period after a myocardial infarction (heart attack): plan the date for resuming training with your doctor.

In cases of coronary artery disease and heart failure, it is generally recommended to continue or start exercising as a hobby, but competitive sports may have to be excluded. Even medication may limit the patient’s performance to the extent that they cannot practise competitive sports. Beta blockers lower the heart rate and slow down its increase during exertion, which easily leads to muscle fatigue and breathlessness.

Pacemaker therapy may not necessarily rule out competitive sports, but the matter should be discussed with a cardiologist. However, as soon as the pacemaker has been implanted, there must be a training break to ensure that the surgical wound has time to heal and the pacemaker leads have time to attach.

Competitive sports are allowed in many cases of arrhythmia, but the decision is made individually. For example, extrasystoles do not necessarily reduce performance in any way. The objective is to treat exertion-induced arrhythmias involving accelerated heart rate with an invasive procedure called catheter ablation. In many cases, the procedure entirely removes the tendency towards arrhythmic attacks and enables the patient to continue competitive sports. After the procedure, there is a few days’ training break.

The most common cause of myocarditis is a virus. Usually, the symptoms start during a respiratory infection. Common symptoms include chest pain and arrhythmias.

If a clear case of myocarditis is diagnosed, wherein blood tests indicate a rise in so-called tracers of myocarditis (a higher troponin value), it is important to take a sufficiently long break from training and competition. You should also ensure that the condition has fully healed before resuming high-intensity training.

The decision on the length of the training and competition break is case-specific. Because the break may be as long as 3–6 months, we would recommend monitoring the situation under the guidance of a cardiologist familiar with sports. During the monitoring period, the patient retakes the echocardiography examination and often undergoes a stress test and, if necessary, long-term ECG monitoring.

There is preliminary research data on how resuming high-intensity training too early after myocarditis may result in permanent and harmful changes in the heart functions. However, the research data is still scarce and no certain conclusions can be drawn. Still, it is an undisputed fact that many who had myocarditis will, over the years, develop dilated cardiomyopathy.

When should you seek out the clinic’s services?

In terms of performance and health, there are situations where it is necessary to have the functions of your heart and blood circulation examined: